Conveniently sited between two buildings as a fill-in, one of the last more obvious positions for a new Carriage Shed no.4 was decided by Great Central Railway (Nottingham) in the newly placed storage sidings at its expanding Ruddington base.

When in the late 1990s it became very clear that the remnants of the original GCR carriage fleet was on the brink of extinction and commitment to saving and restoration of what the concerned Ruddington enthusiasts felt was their duty to that fine railway Company’s memory, it became very clear that to make any real progress with restoration a dedicated protected workshop was required.

Even then in the early 2000s the massive Nottingham Transport Heritage Centre project was woefully short of volunteers with or without trade skills – but there was indeed enthusiasm and determination.

As the GCR Rolling Stock Trust became established, it linked itself financially and in planning terms to what was to be constructed as Building no.4. The Trust has invested some £35,000 in the Centre to date. Even this site is restrained for the uses considered – restoration work as well as storage, the former needing double the space to enable the work team to assemble trestles, parts, components and lifting gear around each vehicle. A great deal of compromise was required – but it was imperative to have this building up and workable to try to reduce the ravages of weather and vandalism affecting the collection day after day in the open.

Under the gifted and talented direction of Peter Wilson, a highly practical and skilled team leader, he applied his knowledge and experience to converting the ideas into a plan which was then developed by structural engineers Diamond Wood into working drawings – for Planning, Building Control and materials purchasing. Once IGES had completed the environment survey and Building Consent obtained, the planning for this to be rail connected commenced. The internal dimensions were to be 180ft long and 38ft wide, to accommodate four 60ft long carriages on two tracks, with room for workshop and a mezzanine for parts storage.

With £10,000 initial grant from the then Main Line Steam Trust, now renamed the David Clarke Railway Trust, work commenced on clearing the site and preparing the shared walls either side to meet fire and other regulations. Under Peter Wilson’s creative guidance progress was made with the erection of ring beams in preparation for the steel framework, with stanchion bases for steel supporting columns.

In collaboration with the Great Central Railway Society, a grand celebration was held to mark the start of work, when the Hon. Edgar Fay QC, the 99-year old son of the famous General Manager of the GCR Sir Sam Fay took to climbing into a Sinbad backhoe loader to great acclaim to turn the first sod! Many related to GCR forebears, we were a very distinguished host of enthusiasts…..with two special brews, Sir Sam Fay and the Sheffield Special from Castle Brewery.

As with all large heritage schemes however, the work teams have been pulled away to higher priority projects from time to time and so, as with the way carriage stock stands low in the greater scheme of heritage preservation, Building no.4 is awaiting final end structural work, having already roof attached, all mains services installed, track laid and concreted into place to provide the workshop floor.

Full credit is given to Peter Wilson and his team for the quality of work and the ingenuity shown in reuse of all manner of materials to minimise the costs of construction. And yet we are still uncertain of when we will have occupation…. 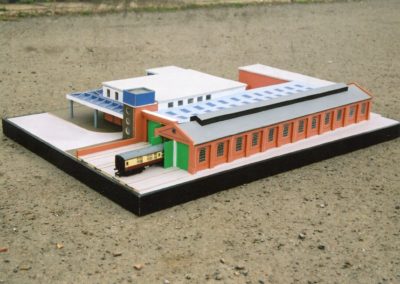 GCR-RST model of proposed No.4 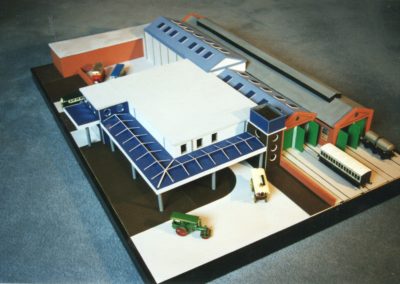 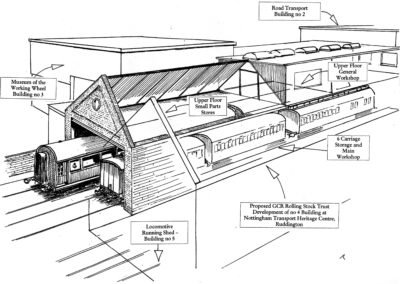 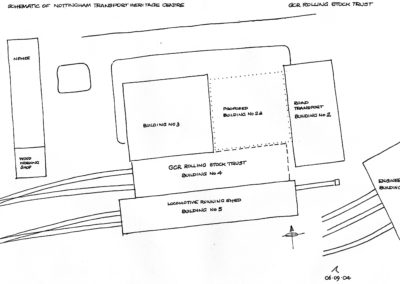 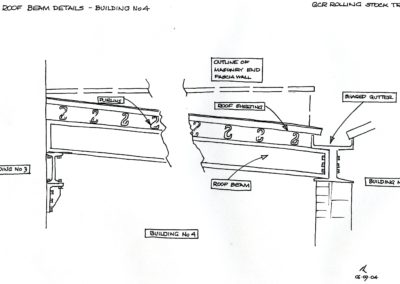 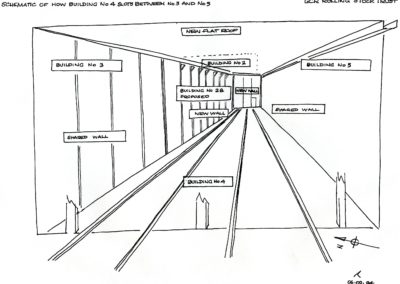 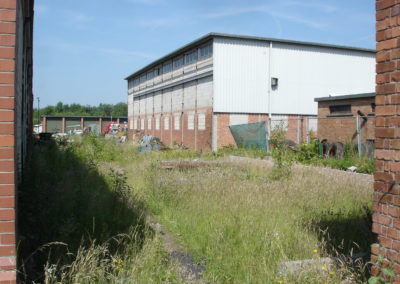 Area for No.4 building 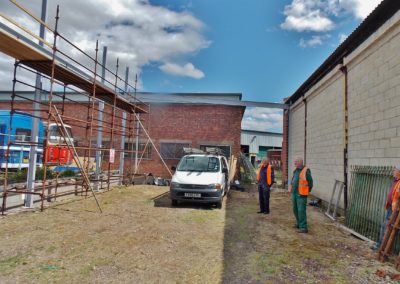 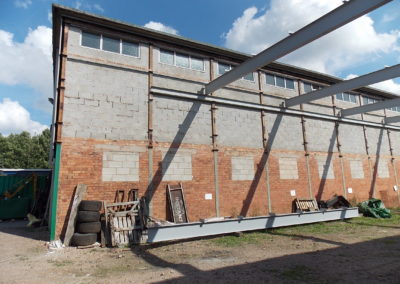 No.4 building in progress 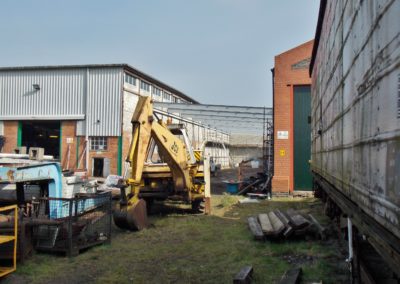 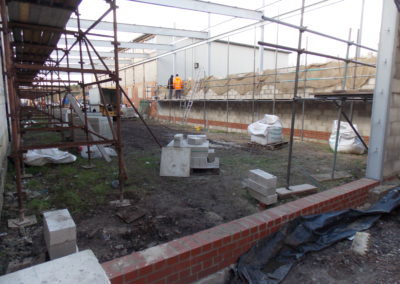