One of the bogies of Barnum no.228 is in much more corroded state than the other, reports Mike Lang, RST Trustee and Project Manager. That has been the assessment made at the repair shop of Nemesis Rail at Burton on Trent where shortage of resources has resulted in the assignment to local-based to carry out the quite extensive plate metal work repair caused, it is thought, by continuing pipe leaks over many years. from the lavatory/wash system above..

Director of TAS, Gareth Davies reveals that he manages two businesses there at Burton on Trent, one being TAS Engineering Ltd which undertakes fabrication work where the Barnum works are being done; the other MEL Precision Ltd carries out small to medium batch CNC machining works and they will make the new spring locators. The connection between us and the Barnum work is that one of his employees, Phil Stanbridge, a member of RVP, has known Mike and Nick Lang for a good number of years and they have been involved in an earlier Barnum restoration project.

As Gareth explains: “We have carried out various small works for RVP over the years but were also quite heavily involved in their Diesel Brake Tender project for which we did the majority of the bodywork and framing. More recently, we have been working for RVP in conjunction with Nemesis Rail on the refurbishment of the Coronation Beavertail observation car no.1729, TAS involvement is recreating all of the mirror polished stainless steel trims that surround the carriage”.

With regards to the ongoing Barnum bogie repair work, Gareth Davies promises to keep us up to date with progress and will show the processes used, such as pressing new parts, prepping, welding etc. and will also include the machining of the spring locators.

Photos: Just some of the steel plate work and preparation for re-assembly of the Barnum bogie!!! – Photos courtesy Gareth Davies 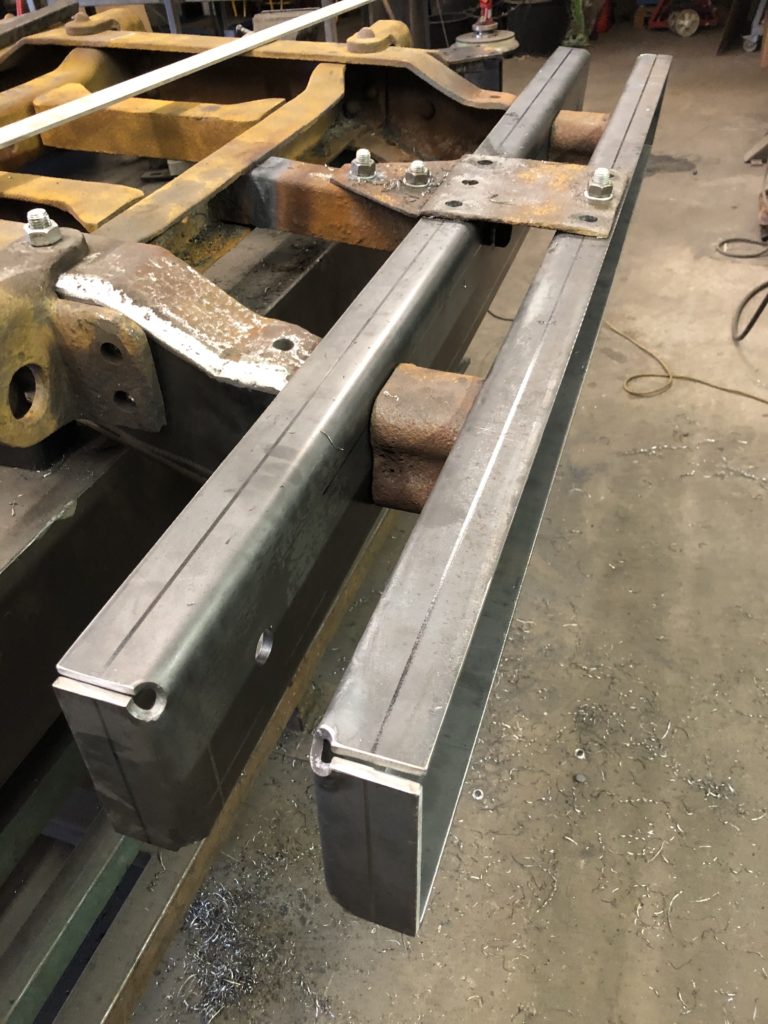 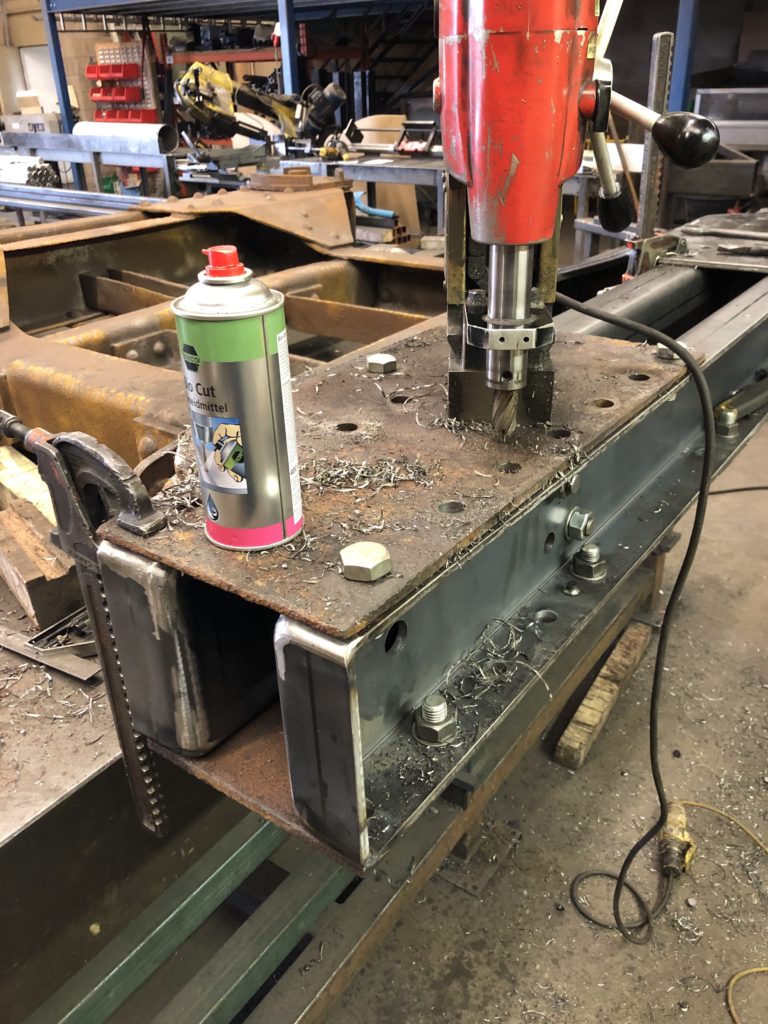 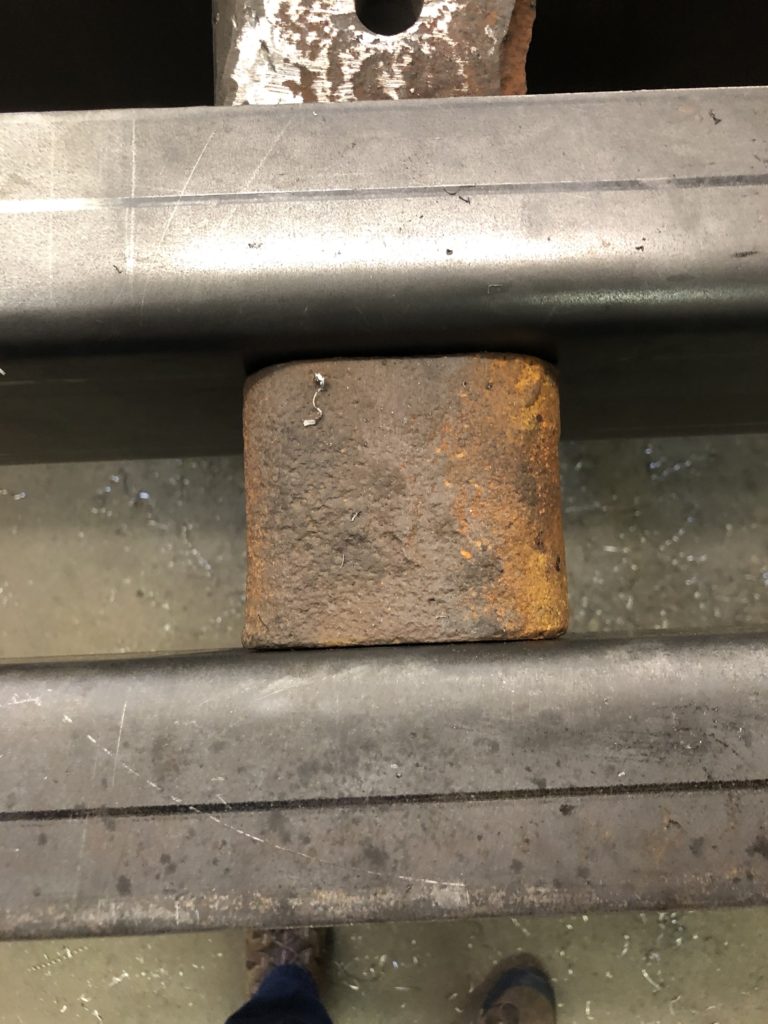 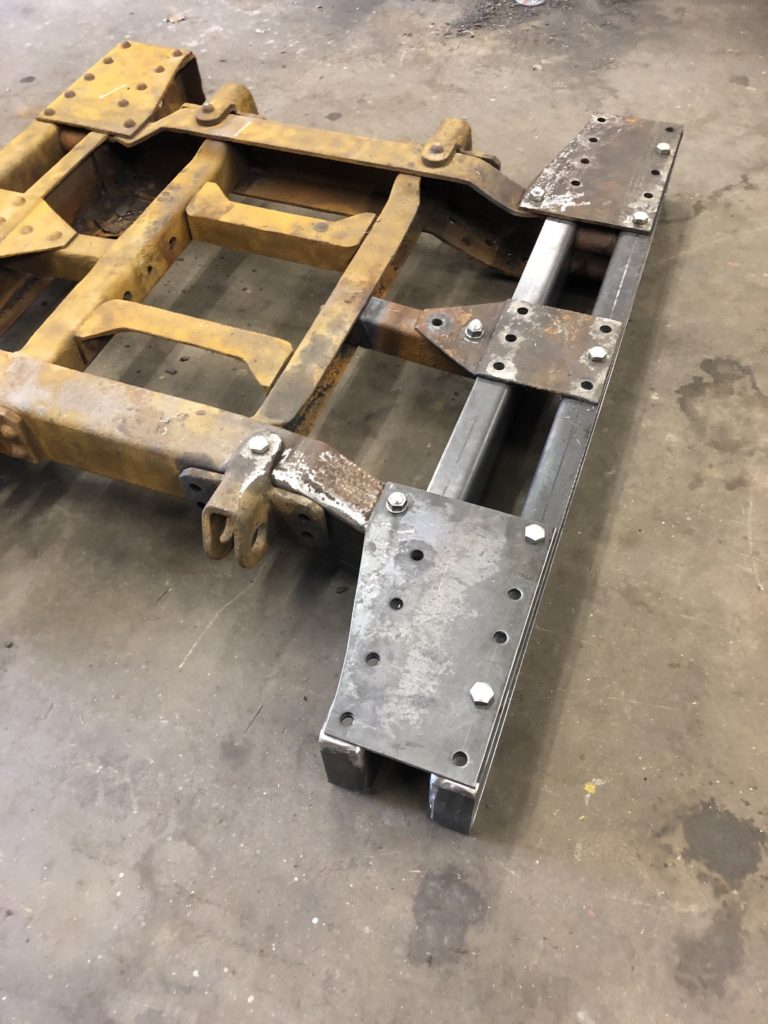 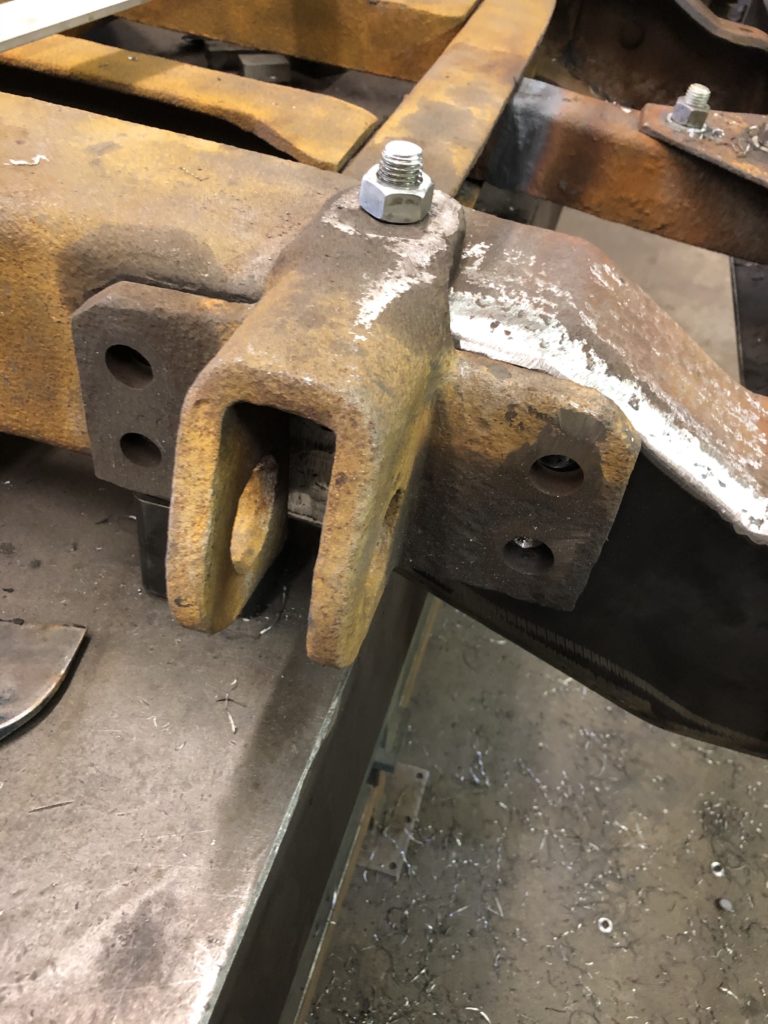 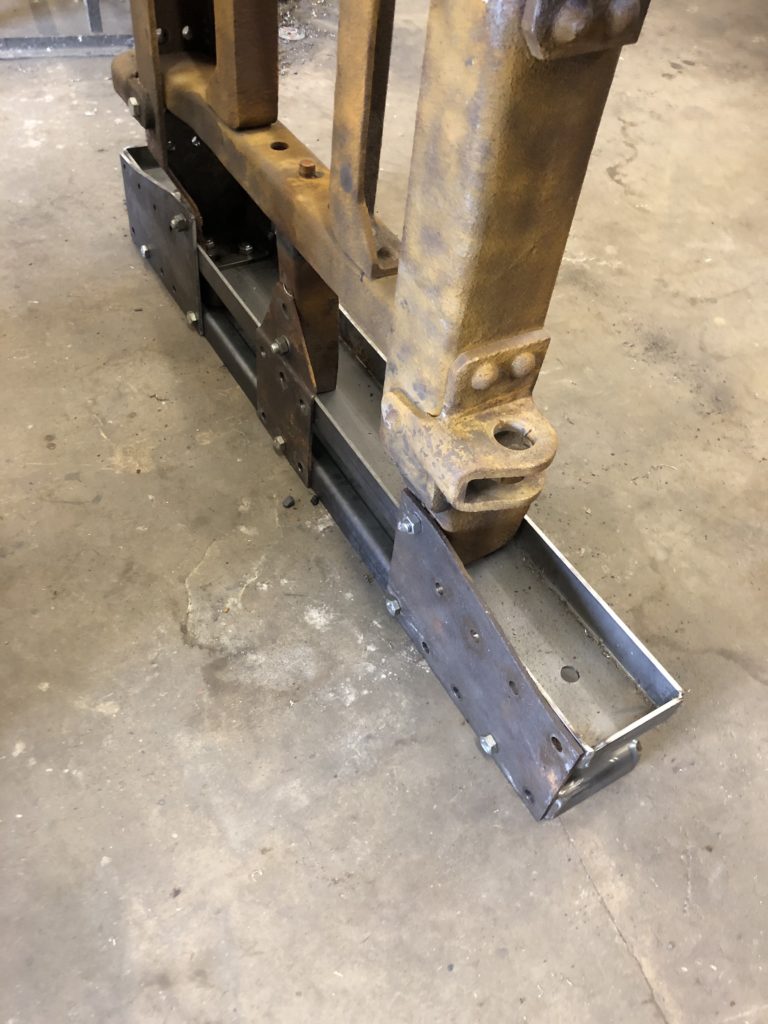 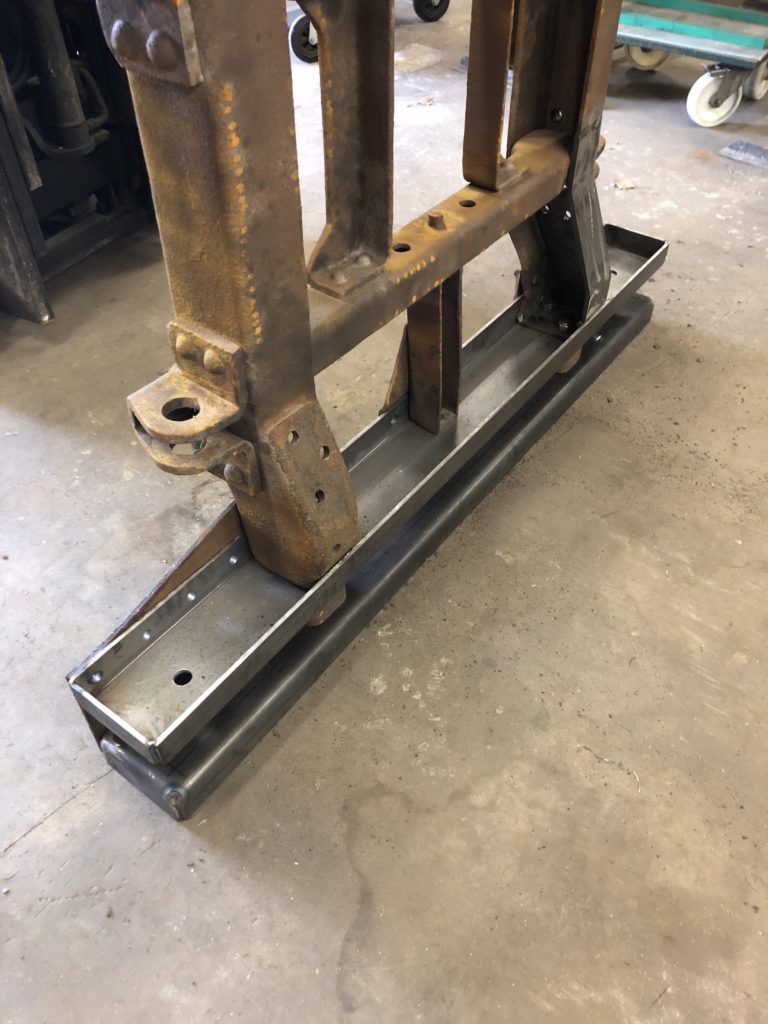 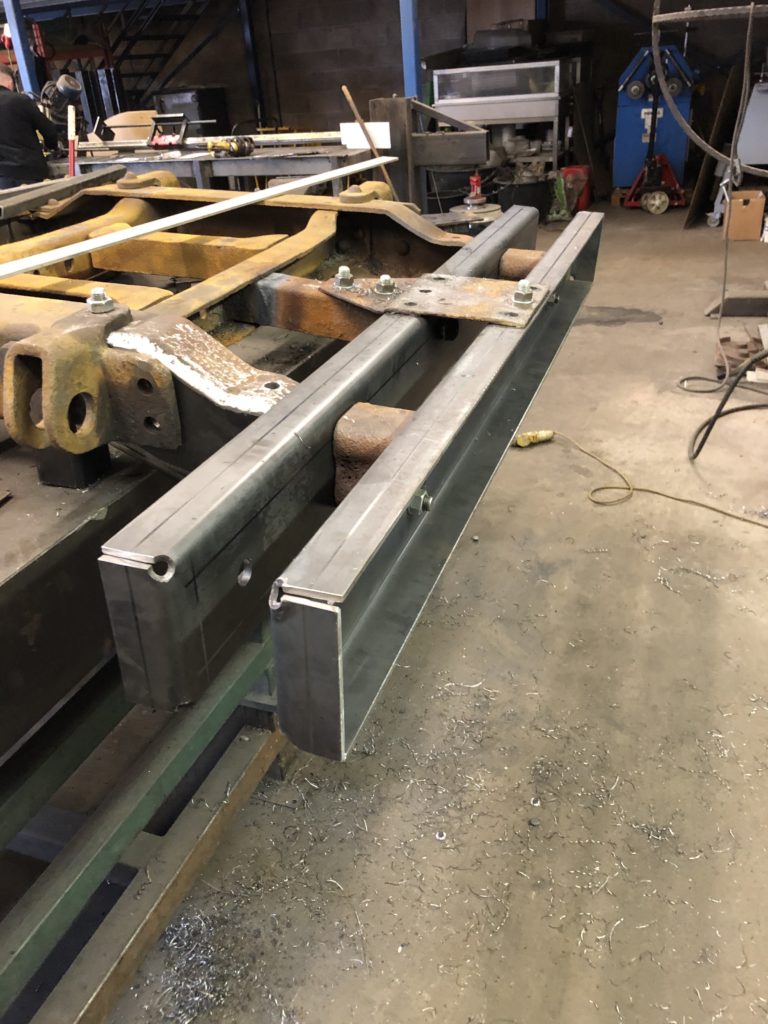 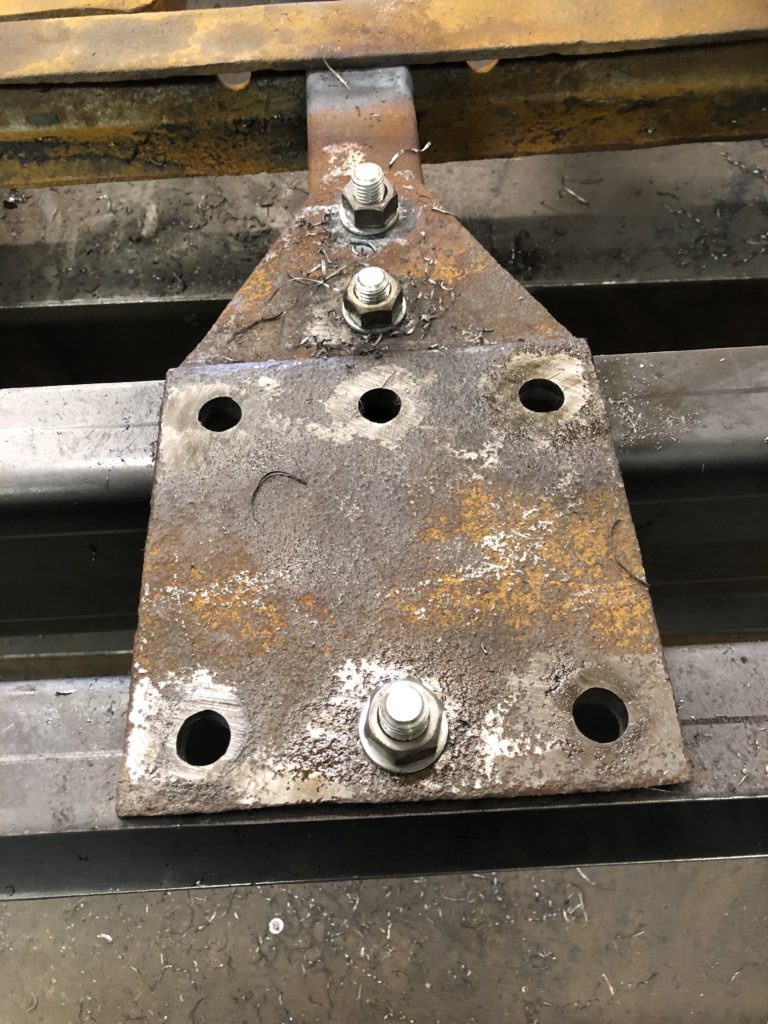 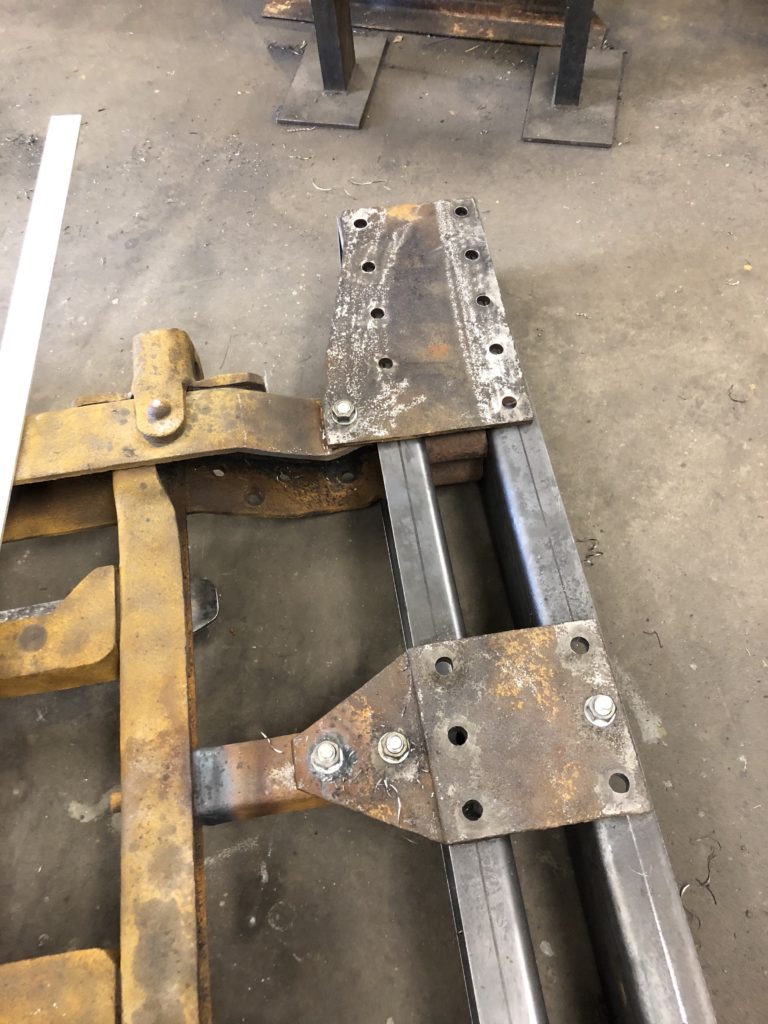 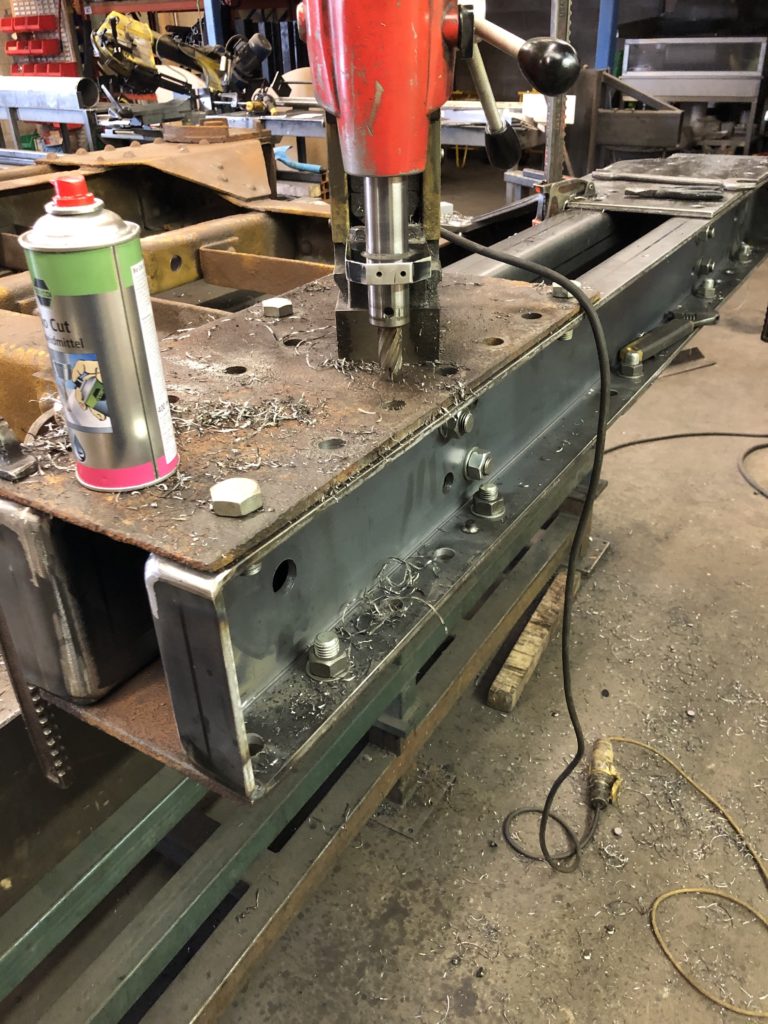 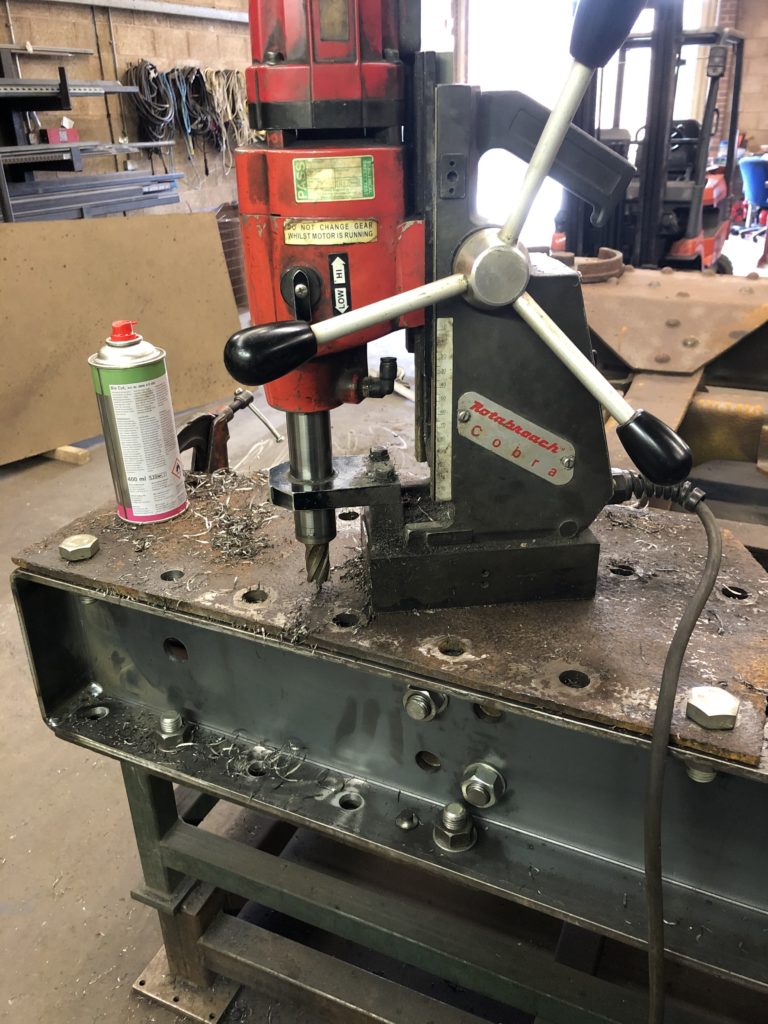