Getting the Barnum tanked up….

Yes, we are on the road again – but still off site, reports Trustee Roger Penson of the Nottingham-based Rolling Stock Trust.  Despite the restrictions, we have started the first of the two core actions on Barnum no.228, prior to the return of the two rebuilt bogies by our sponsor Nemesis Rail.  We have lost a good two years of teamwork on this carriage but we have not been idle.

As it were behind the scenes, we have analysed out from the original GCR drawings that we have and determined that we will have to adapt to modern materials and systems – for speed of assembly and installation, as well as efficiency of use.  That means that we have agreed that the new water tanks for supplying the wash rooms and lavatories, two sets per open saloon carriage,  will have welded aluminium tank bodies with internal baffles and be of 200 litres each. Please note: these tanks are now being made in stainless steel.  the design dictating that they touch. The two fittings that are closest together at the bottom will have copper compression fittings in them and will be joined with 15mm, or 22mm copper pipe, to balance them.

We are of course delighted that Gareth Davies and his team at TAS Engineering are undertaking the tank fabrication work having already provided quality metalworking of the Barnum bogies at the works at Burton on Trent.

As it is very difficult at this time to predict the level of use of the ultimately three Barnums owned by the Trust, we have debated to a standstill and assumed that tank capacity, much as originally designed by GCR, would cope sufficiently with, for instance, Barnum utilisation on the GCR from Ruddington to Leicester and back.  However, the GCR plumbing-in will be streamlined to save on cost and to ensure that all the remaining pipework will be behind the internal panelling where possible. After installation of the tanks, it will be the turn of the woodworking specialists to erect the carcasses of the wash/cloak cubicles and new momentum. rebuilt to continue the internal fitting of the coach.

Here is a great opportunity for fame….!  Do please donate and become eligible for the first relieving flush after installation…… 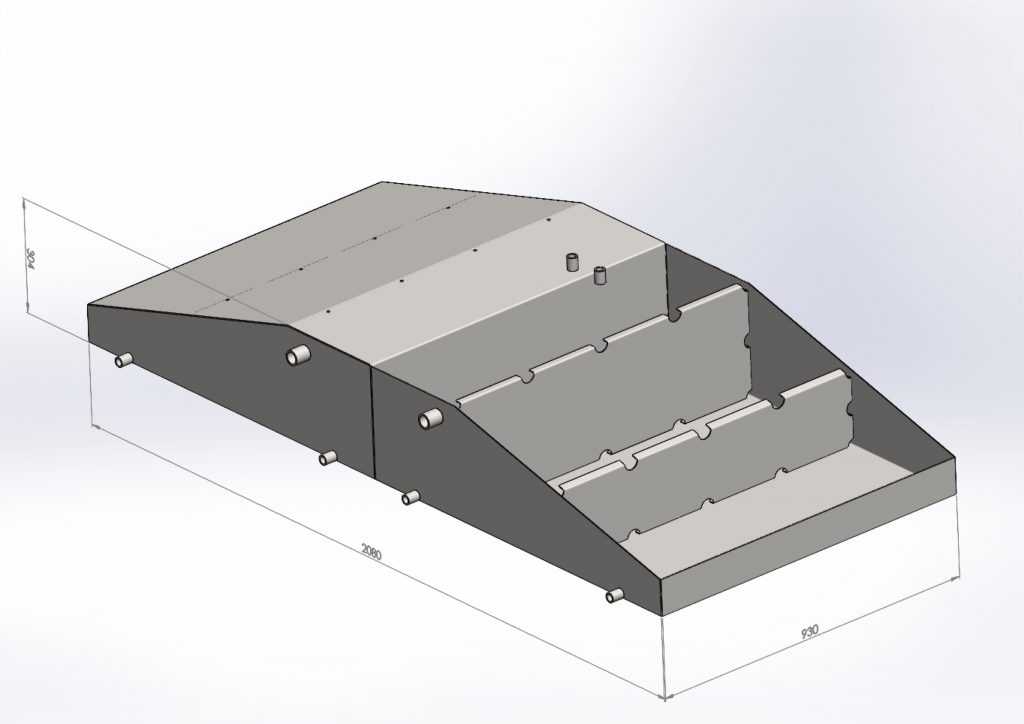